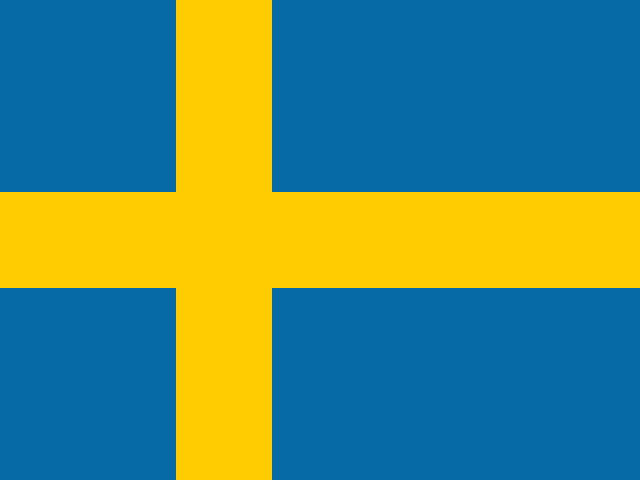 Sweden is characterised by a mix of public service media (PSM) alongside few national and many local commercial news media. Commercial news publishers nowadays mostly rely on reader revenues, with Sweden our second-highest country for paying for news online.

The PSM and commercial news publishers operate in a country with near universal broadband access. Swedes use digital services throughout daily life, from public transport to communication with companies and authorities, along with streaming services for music, books, and video. Social media platforms as well as alternative news media have gained a strong foothold.

Swedish Television (SVT) and Swedish Radio (SR) operate across broadcast and online and seek to retain legitimacy through the diversity of their content and maintaining reach. As part of that strategy, they have built up their presence on platforms such as Facebook, Spotify, Twitter, and Instagram to attract hard-to-reach audiences, and particularly the young who use public media sites less. SVT has developed mobile-friendly video content, and the proportion of 20–29-year-olds for whom SVT is their number one destination has increased from 9% in 2017 to 26% today.1

Commercial media continue their struggle to attract younger audiences, and some are using video content as one way to do this. Bonnier News, for instance, has invested in video for Expressen, Dagens Industri, and local news. They have also used video to build up their social media presence. However, in recent years Swedish news media companies have generally become more cautious about distributing their content on social media platforms. They are worried that digital intermediaries benefit from the data generated and reap much of the value from publishers and they want to reduce their dependence on platforms.

Swedish commercial news media have reported relatively good financial results for 2021, providing signs of a successful shift to a reader-revenue dominated business model. Swedes have a long tradition of subscribing to quality newspapers in print, both local and national. This may help explain why Swedes score very high (33%) in comparison to other countries when it comes to Digital News Report survey results for paying for online news. The four national newspapers, Aftonbladet, Expressen, Dagens Nyheter, and Svenska Dagbladet, have been particularly successful with online subscriptions, but many local news publishers have also attracted growing numbers of online subscribers. Aftonbladet and DN stand out as the biggest in the Digital News Report data. Notwithstanding this, these figures are influenced by special offers for trial subscriptions, and short-term subscribers have proven to be less engaged with the news than regular long-term subscribers (Wadbring and Bergström 2021).

As COVID hit news publishers hard in 2020, Swedish authorities provided one-off COVID subsidies worth €14.2m.2 The pandemic continued through 2021, with the greatest restrictions at the beginning and end of the year, but in 2021 these COVID subsidies made up a smaller proportion of total news media subsidies amounting to €92.8m. Swedish advertising also recovered fast in 2021, with expenditure increasing by €730m in 2020 to €4.64bn, exceeding the pre-pandemic all-time high seen in 2019.

The major Swedish news publishers reported positive financial figures for 2021 thanks to a mix of increased advertising, subscription growth, and the usual subsidies boosted by additional COVID support. For example, local news conglomerate Stampen reported online advertising and reader payments up by a third. Schibsted reported increasing digital advertising and subscription revenues, for Aftonbladet in particular. Bonnier News made €20.8m profit in 2021, which, after setting aside the extra subsidy support granted in 2020, amounted to a €10.6m increase in profits. In 2021 there was also an overall 5% decline in newspaper print subscriptions which, even after a 13% increase in digital reader revenues, left a 2% decline in consumer revenue. The fact that success with online subscriptions so far has not replaced the loss in print subscriptions is critical, since after reducing their dependence on advertising revenues, news publishers now rely on reader revenues for most of their profits (Olsen et al. 2021).

Faced with these challenges, publishers are investing in digital and new mergers and strategic partnerships, in an already concentrated market dominated by a few big conglomerates. For example, Bonnier’s local news division (40 titles) made two further acquisitions in 2021 and Bonnier News (40 newspapers) and Gota Media (14 newspapers) concluded a strategic partnership, which was approved in early 2022. But some publishers who seem to be performing relatively well depend on subsidy support. For instance, Bonnier News Local received €25m in support in 2021 and their commentary on their 2021 financial results states that many of their newspaper titles would not have survived without subsidies.

Swedes first and foremost gravitate to online news, then television and print. For online news they maintain their overall high use of smartphones for news, followed by computers or tablets. Since 2019, smartphones have gradually increased in popularity.

As in the previous year, 50% of Swedes say they trust the news overall, and 56% trust the news they use. PSM and regional/local newspapers get highest trust scores, whereas alternative news media sites receive the least overall trust.