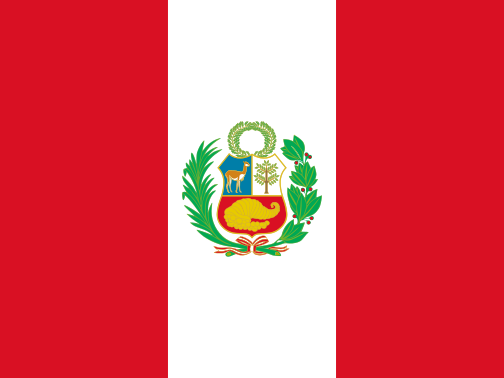 Partisan election coverage and rising hostility against the press contributed to a decline in trust in the media in a year in which Peru became the country with the world’s highest COVID-19 death rate.

Presidential elections have dominated Peru’s media activity in the past year. It’s not been pretty. In April, two candidates – Keiko Fujimori and Pedro Castillo – were selected for the presidential run-off. Fujimori’s Fuerza Popular party represented the conservative right and won support from centrists and far-right groups. Castillo’s party, Perú Libre, is from the conservative left and obtained backing from the progressive left as well. On 6 June Castillo won the election by a razor-thin margin (44,058 votes).

The victory came despite parts of the mainstream media heavily backing Fujimori – notably El Comercio Group, which owns 80% of the print media and 70% of shares in América TV and Canal N.1 Castillo and his party were portrayed negatively by these outlets, denounced as communists, and accused of having close connections with terrorist groups. An EU election monitoring group found the elections had been conducted with transparency and had met all regulations,2 but said coverage was unbalanced and admonished the media for depriving the population of their right to objective and fair information.

Before the run-off, the news director of América TV and Canal N was fired after announcing that the stations would cover both campaigns fairly. Two more reporters were fired for complaining of bias and eight others resigned, condemning the stations’ refusal to cover Castillo’s closing rally while choosing to broadcast all of Fujimori’s. The Ethics Court of the Peruvian Press Council found ‘information bias in matters of public interest’ by TV stations and said they had violated their own ethics guidelines.3

Audiences were not unaware of what was happening. A survey in late June revealed that 70% believed there was unequal coverage; among those, 84% believed the media favoured Fujimori.4 This probably goes a long way to explaining the loss in trust for most of the brands in this year’s report, with the state-run media – daily newspaper El Peruano and TV Perú News – registering the biggest losses (by seven and eight percentage points, pp, respectively). In addition, most of the top TV news stations also lost audiences, while regional and local newspapers and foreign media registered large gains. Consumers seemed to be actively seeking more diversity in their media choices.

Regional media covered Castillo’s rallies which had massive attendances, especially in Andean areas such as Puno where the candidate won 89% of the votes. The regional press also won plaudits because, for the first time, debates were held outside Lima. Local reporters’ expertise and familiarity with regional politics were crucial in understanding voters.

Castillo, a schoolteacher, led a consequential national strike in 2017, and ran his election campaign focusing on rallies. He was characterised as not trusting mainstream media, and rarely gave interviews. Since taking office, several of his ministers and associates nominated for senior roles in the government have been criticised by the media for not having the right credentials or experience for their roles. Some had criminal records or had outstanding accusations against them – including Castillo’s third prime minister who lasted only seven days in office after police reports surfaced that alleged he had beaten up his wife and daughter. Castillo and his party have been hostile towards the press and have threatened to remove state advertising from media that do not favour them.5

But hostility against the press doesn’t come just from the government. The National Association of Journalists (ANP) reported a total of 206 attacks against journalists in 2021. Almost half came from civilians; some even came from candidates. Far-right protesters, bolstered by some conservative candidates, have picketed reporters’ homes. Journalists working for digital media received the largest number of attacks (84) perhaps being perceived as the most independent. They also have growing audience figures. In addition to investigative site Ojo Público, other rising digital natives are La Encerrona (9%) – a news service created at the beginning of the pandemic – and Epicentro TV (5%) – a digital video offering founded by journalists who had been fired or had resigned from market leader América TV, while older and more established IDL Reporteros, La Mula, and Wayka each registered around 7-8% of the online audience.

Television is an important source of news but most of the top broadcasters registered losses this year, in line with wider trends. Peruvians are heavy users of social media, with Facebook, YouTube, and WhatsApp most widely used for news.

Overall trust in news remained largely stable over the last year, however, losses in trust in specific brands have happened across the board with state-run media, El Peruano (newspaper) and TVPerú Noticias registering the biggest losses (by 7pp and 8pp respectively).