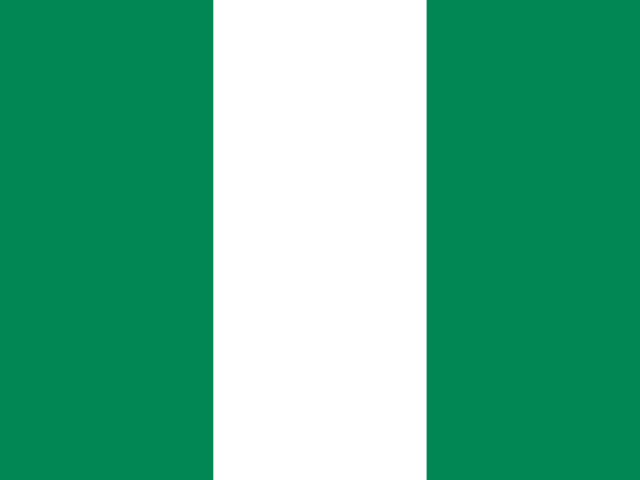 Nigeria's vibrant media scene is characterised by state and private broadcasters, popular international brands like the BBC and CNN, and more than 100 national and local print titles, many of which are struggling with digital transition. Relations between the media and the government are often difficult.

Nigeria’s information minister’s response to the announcement that Twitter had chosen to set up its first African office in neighbouring Ghana instead of Nigeria was to blame the media. He said the media had misrepresented the country when reporting protests calling for reforms to the Special Anti-Robbery Squad (#EndSARS), which spiked in October 2020. ’This is what you get when you de-market your own country,’ the minister told reporters. ‘Nigerian journalists were … painting Nigeria as a hell where nobody should live.’

It’s indicative of the fractious relationship between the government and media, and indeed of the inimical conditions in which Nigerian journalists have to operate. The Media Foundation for West Africa said Nigeria was among the countries in the region where journalists are assaulted, attacked, or have had equipment seized and destroyed while covering COVID-19.1 Journalists reported that, in some states, stories relating to the pandemic had to be approved by the taskforce set up by the state before they could be published. The 2021 World Press Freedom Index ranks Nigeria at 120 out of 180 countries, with journalists facing harassment, arrest, and prosecution when reporting on corruption and terrorism. Nigerian lawmakers are currently reviewing legislation, with a view to criminalising the dissemination of misinformation online. The law will enable the government to order internet shutdowns and block access to social media sites.2

The corollary to government attempts to influence the media is that independently owned news brands that are perceived to be free of political control come out best in our Brand Trust Scores. Channels TV is the most trusted brand at 84%, followed by Vanguard (82%), The Punch (82%), and the Guardian (80%) – all privately owned daily newspapers.

In terms of top news sources accessed, big offline brands like Channels TV and The Punch head the list, but international brands CNN and BBC are popular online with our respondents. The Punch, the Guardian, and Vanguard have seen more traffic and increased online revenue. Industry data show The Punch’s traffic increasing from 17.7 million visits in February to 28.8 million in March. Daily Trust also launched a new product called Trust TV with the aim to capture a younger audience.

As befits a population where 70% of citizens are below the age of 30, news consumed on mobile (84%) is more than double the number of readers on computers (41%), while tablets lag behind at 11%. Nigeria has relatively low data charges, ranking 43rd on the recent 230 country list of mobile data pricing.3 This enables the high usage of social media, a fertile ground for the spread of misinformation, which includes claims that consuming cow urine, or a mixture of garlic and honey, cures COVID. The impact is exacerbated by the fact that misinformation on social media can migrate to legitimate news sites.4

The COVID-19 pandemic saw a number of media organisations come up with innovative ideas to quell the spread of misinformation by ensuring fact-checked information was available in a number of languages. BBC Africa launched a minute-long broadcast that aimed to provide an educational aspect as well as provide the audience with updated information. This broadcast segment was also published on the phone app of mobile company MTN. However, in line with global trends, the pandemic adversely affected advertising spend in Nigeria, with analysts forecasting that Nigerian newspapers may be forced to cut about 10% of staff.5

Independent radio network Dandal Kura International reported that it had cut salaries – for some people by as much as 80% – and at least a third of the staff were instructed not to attend work due to pandemic-related cuts in advertising spend. Punch reduced its newspaper page count from 48 to 32 pages, and retrenched workers. The Nation cut 100 of its staff, a 20% reduction.

There are many other examples of what is a drastic cut in income for journalists, and a decline in media resources, with the Nigeria Union of Journalists pointing out that only state-owned outlets were relatively unaffected. This is an unequal dynamic between independent journalism and state-controlled media and is not an environment currently conducive to the thriving of a free press.

Editor's note. After being provided with new evidence, we have removed the assertion that 'Punch' had to cut staff salaries for the reported period.

These data are based on a survey of English-speaking, online news users in Nigeria – a subset of a larger, more diverse, media market. Respondents are generally more affluent, younger (18–50 only), have higher levels of formal education, and are more likely to live in cities than the wider Nigerian population. Findings should not be taken to be nationally representative.

Trust in news is relatively high by international standards (54%), with particularly high scores for independent news brands. By contrast, social media trust is at a low 38%, despite 78% of respondents saying they get news from social media. WhatsApp and Facebook lead at 65% and 63% respectively as sources for news each week.