The Reuters Institute gathered together a very distinguished group of news industry leaders, Editors in Chief and CEOs from 14 countries for 24 hours to learn from RISJ research and to share, off the record, their ideas and experience about how their organisations are confronting the key challenges of digital transformation.The forum brought together a dozen established publishers and two digital born brands with participants from India (Indian Express) North America (The Washington Post and The Globe and Mail from Canada) but with the majority from Europe (the Irish Times, JP/Politikens Hus - Denmark,   NRC Handelsblad – Netherlands,  Dagens Nyheter - Sweden, Upday - Germany, Helsingin Sanomat  - Finland, 24MEDIA Group  - Greece, El País – Spain, Neue Zürcher Zeitung - Switzerland, Le Monde – France, and the Financial Times).  The group was joined throughout by Monique Villa, CEO of the Thomson Reuters Foundation, and at dinner by Alan Rusbridger, former Editor in Chief of the Guardian who takes over as Chair of the Reuters Institute Steering Committee in the Autumn. Issues covered included approaches to dealing with digital intermediaries, the use of online metrics in the newsroom and leadership priorities for innovation in the media. The gathering testifies to the role of the Reuters Institute in facilitating dialogue between industry leaders and researchers and has established itself as a valued and unique forum for a frank exchange of ideas in a time of rapid industry change. This was the third such meeting of industry leaders convened by the RISJ, aimed at sharing experience and stimulating new thinking, as well as contributing new insights that further enrich the research agenda and relevance of the work of the Reuters Institute. 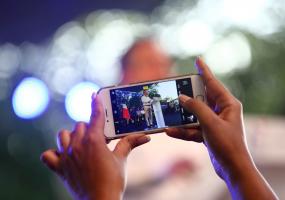 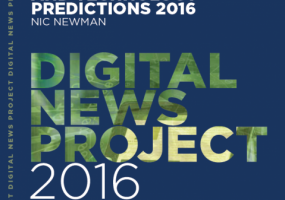 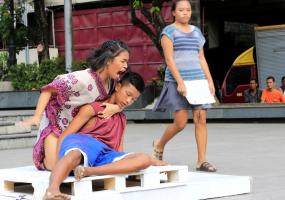