India has over 220 million daily internet users and internet access is growing both in rural (22%) and urban (7%) parts of the country. Media consumption, which is historically dominated by television, is taking place extensively on mobile phones and through third-party interfaces. As a result, India has emerged as one of the fastest-growing markets for US-based technology companies like Facebook, Google, and Twitter.

As the media ecology becomes increasingly dominated by platforms, news organisations have had to come to terms with an environment where they have less control over how people find and access their news. Studies have revealed that two-thirds of American adults get news from social media (Shearer & Gottfried, 2017) and  one recent survey of 36 markets across the world found that two-thirds of respondents identified distributed forms of discovery like search and social as the main way in which they get news online (Newman et al., 2017). Indian publishers are keenly aware of the shifts in user habits, advertising spending, and the influence that platforms like Google, Facebook, and Twitter yield in the digital space and are under pressure to experiment with new editorial, distribution, and business strategies.

But how are popular English newspapers, broadcast and web-native news providers using these platforms to distribute news, reach new audiences and understand their readers' preferences and how have they adapted themselves to the demands of these platforms?

This recently concluded study titled Indian news media and the production of news in the age of social discovery examines how six major English-language news organisations in India, – two broadcasters, two newspapers, and two digital-born – are approaching social media platforms. The sample includes Hindustan Times, The Indian Express, NDTV, News18, Firstpost, and The Quint. While these six organisations are not representative of India’s diverse and multi-lingual news industry they do provide a starting point for understanding how Indian news media are handling the challenges and opportunities that come with the rise of social media platforms.

The study found that each news organisation takes different approaches to social media. Most pursue an on-site strategy oriented towards driving traffic from social media to their website (where content can be monetised). However, since platforms began to offer ways to monetise content on platforms, all publishers have been increasing the amount of native content they post, especially to Facebook.

It was discovered that social media strategy is primarily based on practical experience, and decisions are often made with the use of third-party tools like Facebook Insights, Twitter Analytics, and Chartbeat. The more systematic ‘science of sharing’ developed by organisations like BuzzFeed around measurement, testing, and data-driven decision-making is not present yet but organisations are slowly evolving workflows that work for their specific needs.

Finally, the report also captures a sense of the dynamics between news organisations and the technology companies. Although Twitter is an important platform for breaking news and reaching English-speaking elites, Facebook is emerging as a more important player. This is partly due to its large and growing user base in the country and also because the company has actively collaborated with a number of Indian publishers. Facebook also currently provides more opportunities for monetisation.

Currently, most interviewees feel that there is scope for publishers and platforms to collaborate but they also acknowledged that the balance of power between platforms and publishers is delicate and issues around editorial control, access to user data and monetisation will need to be negotiated as they move forward.

We hope the report is a useful resource for journalists and newspapers, in India and elsewhere, who are making decisions with regards to social media use in the context of news. The research team includes Zeenab Aneez and Sumandro Chattopadhyay from CIS, and RISJ Director of Research Rasmus Kleis Nielsen. Vibodh Parthasarathi from CCMG, Jamia Millia Islamia, will contribute to the study as an advisor. The project follows their recently completed study of “Indian Newspapers’ Digital Transition”.

The research team includes Zeenab Aneez and Sumandro Chattapadhyay from CIS, and RISJ Director of Research Rasmus Kleis Nielsen. Vibodh Parthasarathi from CCMG, Jamia Millia Islamia, will contribute to the study as an advisor. The project follows their recently completed study of “Indian Newspapers’ Digital Transition”. 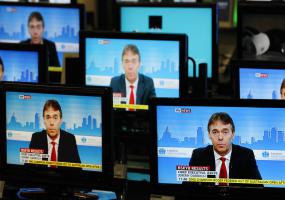 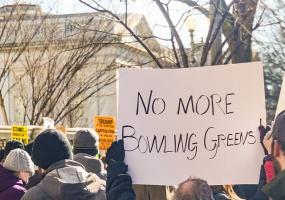 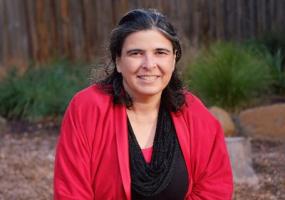