Each year the Croatian Journalists' Association (www.hnd.hr) honours the best achievements in print, online, investigative and broadcast journalism. We are delighted to congratulate former fellow Hrvoje Krešić (2012-13) who, this year, received the award for the best piece of TV journalism in Croatia for an interview with Zsolt Hernadi (CEO of Hungarian national oil company MOL).Mr Hernadi was charged by the Croatian authorities for corruption: in 2008 the Croatian Government led by Ivo Sanader gave vast managing authorities over INA, Croatian national oil company, to MOL. (MOL is a shareholder in INA with 48% of shares, whereas the Croatian government is 2nd biggest shareholder with circa 45% of shares). The Croatian legal authorities claimed that Mr Hernadi bribed Mr Sanader in order for MOL to achieve this; Mr Sanader was put to trial and found guilty; he now serves his 10 year prison sentence along with facing several other charges. Mr Hernadi, however, never appeared in front of the Croatian courts: he was first invited as a witness in Sanader trial, later as an accused. To this day, he is wanted by the Croatian authorities and is on Interpol's list of wanted persons. Due to that fact, he is unable to leave Hungary but remains CEO of MOL until this day. Mr Hernadi's interview with RTL is the first and only time he has spoken about charges made against him in the Croatian media. He was confronted with possible criminal practices not only when it came to his actions, but also when it came to MOL managers in Croatia and Mr Ivo Sanader as well. The interview made a huge impact and was a headline story in all major media outlets in Croatia for days and weeks to follow. 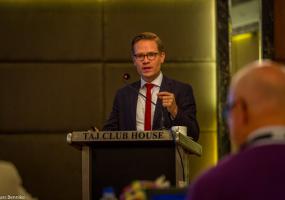 The Trust Factor – RISJ Director of Research speaks in Chennai 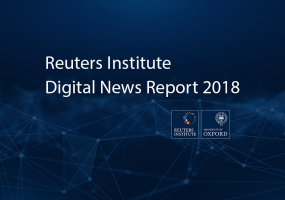 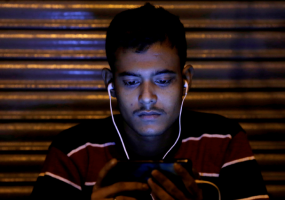