The platform’s new owner will charge $8 a month for the iconic blue badge. Journalists from Nigeria and Zimbabwe express their concerns 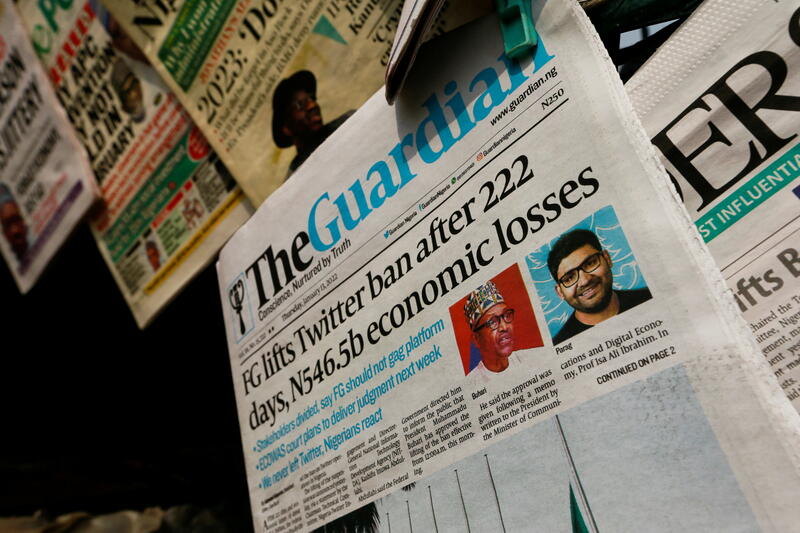 After his $44 billion Twitter takeover in October, Elon Musk has attacked journalists, endorsed Republicans in the US midterm elections, banned a famous comedian from the platform, reinstated Donald Trump and Kanye West, spread conspiracy theories, laid off half the company's workforce. In the past few days, hundreds of employees have resigned in response to his erratic management style.

Chief among controversial Musk’s moves is his push to transform the current verification service into one of the privileges for users who pay for the company’s subscription service, Twitter Blue. Under the new regime, users who want Twitter’s blue check will need to subscribe to the platform’s premium service for $8 a month. Musk has presented the decision as a way to boost revenue. On Tuesday he tweeted he’s holding off Twitter Blue’s relaunch in order to prevent impersonation issues.

In Africa, where repressive regimes are looking for new ways to clampdown on free speech and dissidents, journalists and media workers are raising concerns about the potential risks and challenges a Musk-owned Twitter would pose for their work.

Hopewell Chin’ono, a Zimbabwean-born investigative journalist, is among African journalists leading the calls for Musk to discard his proposal for a paid Twitter verification service.

Chinono, who has been a subject of persecution and arrests from the government for his work, argued that under the new regime it would be difficult to distinguish between those who need to be verified for security and authenticity purposes and those who have just paid for it. Twitter has since created a new “official” badge for some of its verified users. But neither Chin’ono nor most of the verified users has got it yet.

“You created a fake news crisis in Africa with your verification system,” Chinono posted in a tweet. “State propaganda trolls now have verification checks and citizens are now confused. I hope you will also accept that it is a problem that will fuel fake news and state propaganda and that needs to be fixed.”

Akintunde Babatunde, a Nigerian journalist who works for the Centre for Journalism Innovation and Development, said the verification tag was designed to authenticate the credibility of people whose accounts may be compromised. The “commodification of the blue badge,” he says, makes it easy for anyone to pay and get it. “This means the verification is no longer earned but bought for a fee, and that makes a mess of the intention of having to be verified in the first place.”

Victor Ejechi, a journalist and data analyst with Nigeria’s TheCable, views the proposal with a lot of mixed feelings. “Someone can pay for verification and use the platform to spread misinformation and propaganda,” he says. Ejechi points out that Musk’s recent actions have made him question his credibility.

“One thing you look out for in any platform is trust,” he says. “Once trust is gone, then everything is lost. I’m very careful about the type of conversations I have on the platform. I no longer reach out to my sources using Twitter because there is a growing privacy issue.”

Ejechi says Twitter is rapidly changing from a platform that is known for contributing to public discourse and an important tool for journalists, to a platform with growing privacy issues, misinformation and impersonation.

“A lot of journalists use the platform to get direct access to their sources, engage public officials, drive advocacy and call out the government. But under Musk, there is a big trust issue. It gives me a lot of worry because you can't predict his next move,” Ejechi says.

Jack Lawrence, a UK-based scientist working on increasing research transparency and integrity, explains the upcoming system opens up countless opportunities for malicious actors to spread misinformation or extract private information and money.  “This problem is particularly heightened in cases where close para-social relationships exist between online celebrities and their followers,” he says.

Musk, who has described himself as a free speech absolutist, claims that one of his motives for acquiring Twitter was that he wanted a platform that would represent and promote free speech.  Ejechi disagrees. He thinks that free speech is not absolute and that the platform may turn out to be a place where people can come up to say anything without moderation.

In 2021 Twitter deleted a tweet by President Muhammadu Buhari mentioning 1967-1970 Nigerian Civil War for violating its user rules. In retaliation, Twitter was suspended for seven months by the Nigerian government.

“There definitely needs to be moderation because the views or opinions of the so-called ‘influencers’ on the platform can do a lot of damage or sway users to behave in a certain way,” Ejechi said.

Lawrence says US social media companies have always struggled with moderation in other countries.  “Moderation and safety decisions are hard enough to make when you have months to consider them,” Lawrence said. “Musk [initially] gave his team about a week to radically shift the meaning of the verified badge. This is simply not enough time to game out all the possible downsides and put in safeguards for them. As a result, Twitter is now in firefighting mode, only being able to mitigate the problem. Ideally, they should be preventing it.”

An avalanche of racial slurs

A new report by Center for Countering Digital Hate, a UK-based nonprofit, found that instances of racial slurs have increased on Twitter since Musk sealed the deal to assume the new owner of the platform.

The Center found that the number of tweets containing one of several different racial slurs soared in the week after Musk bought Twitter. For instance, a racial epithet used to attack Black people was found more than 26,000 times, three times the average for 2022. The use of a slur that targets transgender people increased 53%, while instances of an offensive term for homosexual men went up 39% the yearly average.

“Twitter is becoming a weapon,” Ejechi says. “A tweet can start a war. There is a serious privacy issue and no guarantee of anonymity. This is a big concern for me as a journalist because we use the platform to reach our sources, especially those who want to remain anonymous. My data is not secure anymore under Musk’s ownership.”

Ejechi has recently been concerned about the privacy of one of his sources. An employee of a government agency recently reached out to him via DM to tip him about an ongoing irregularity at their workplace.

“What is the guarantee that Twitter under Musk would protect a source like this who wants to remain anonymous?” he asks. “When you see how things are currently run at Twitter, you will think twice before using the platform to exchange sensitive information. Before now, there was a sense that Twitter and information shared on the platform were safe. Not anymore.”

Chinono, Ejechi and other African journalists highlight the risks of a paid verification service on their work.

Lawrence says Twitter put no thought into how the new changes might play out in countries with repressive regimes or places where the media is not free.

“It would be trivially easy to create an account impersonating a local journalist or activist known for their integrity and honesty and then slowly introduce misinformation favouring one party onto the account,” he said.

Following an explosion of hundreds of paying accounts impersonating big companies and notable individuals, Twitter suspended sign-ups for its subscription service.  But Musk hasn’t backed down and has promised to relaunch the service soon.

Ejechi says he is sceptical and fears that Twitter’s known independence and non-alignment policy with autocratic governments before Musk’s takeover may change. “Musk may collude and share important information with repressive governments to target dissidents,” he said. 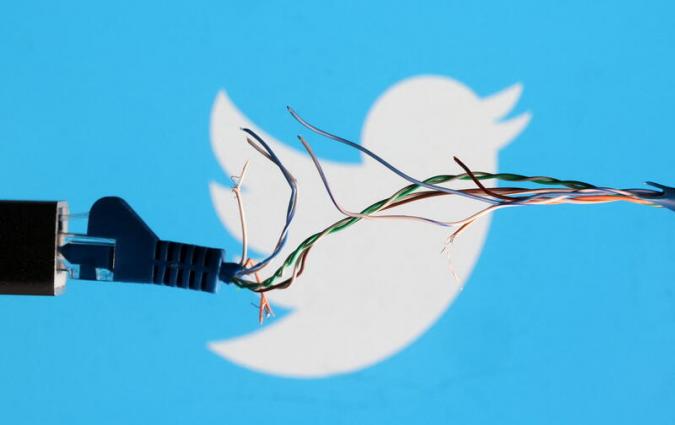